Meet Dr. Roach
I’m particularly motivated to eliminate health disparities, and I’m particularly inspired by cancer patients, who teach us that the human spirit overcomes all 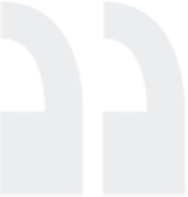 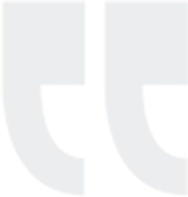 Dr. Roach is a Professor of Radiation Oncology and Urology in the Department of Radiation Oncology at the University of California San Francisco. He is recognized as a major authority on the treatment of localized prostate cancer. His research interests involve the application of image-guided intensity-modulated radiation therapy (IMRT) and Brachytherapy and defining the optimal imaging modalities and criteria for selecting specific targets for radiation, while minimizing treatment related complications. He has helped to pioneer the use of endorectal Magnetic Spectroscopy imaging as a means of monitoring prostate cancer outcomes. Dr. Roach was a leader in establishing the American College of Radiology (ACR) Appropriateness Criteria Guidelines for defining how men with prostate cancer should be treated with radiotherapy from 1996 through 2006. He also served on the NCI Intensity Modulated Radiotherapy Working Group describing criteria for the use of this new technology and currently serves on the National Comprehensive Cancer Guidelines Committee for Prostate Cancer. He has been the recipient of numerous awards, such as the American Cancer Society Career Development Award and the UCSF Health Net Wellness Award. He is a Fellow of the ACR and ASTRO. Dr. Roach has co-authored more than 200 peer-reviewed journal articles, book chapters and/or editorials. He has served on numerous editorial boards and was appointed (2013) by President Obama to serve on a 6-year term on the National Cancer Advisory Board (NCAB) which is involved in defining the research agenda for our nation. He has lead two large Phase III Trials evaluating the role of whole-pelvic radiation in men with high risk prostate cancer, and when completed in total, nearly 4000 men will have been enrolled on these two studies. A major research interest of his work has been to reduce the risk of erectile dysfunction (and other side-effects) associated with treatment of prostate cancer with radiation. He is currently also very active in the efforts to develop the capacity to harness heavy charged particles for the treatment of radiation resistant cancers.